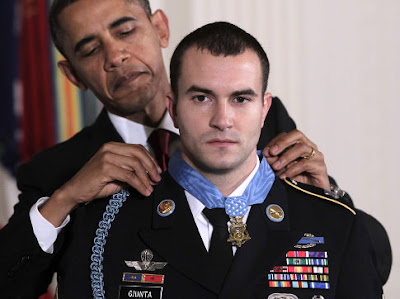 
Read more: http://www.nydailynews.com/news/politics/2010/11/16/2010-11-16_obama_awards_staff_sgt_salvatore_giunta_medal_of_honor_first_living_honoree_sinc.html#ixzz15kCNwODl
WASHINGTON - President Obama hailed the first living soldier to receive the Medal of Honor since the Vietnam War Tuesday as a modern Audie Murphy for heroically storming a Taliban ambush to save his trapped rifle team.

Staff Sgt. Salvatore Giunta, 25, of Iowa, is the first living service member to serve in Iraq or Afghanistan to be given the nation’s highest honor.

"I'm going to go off script here for a second and just say, I really like this guy," Obama said at a White House ceremony honoring Giunta attended by family, friends, members of his unit and past recipients of the Medal of Honor.

"It was his mother, after all, who apparently taught him as a young boy in small-town Iowa how to remove the screen from his bedroom window in case of fire," Obama said with a chuckle.

"What she didn't know was that, by teaching Sal how to jump from his bedroom and sneaking off in the dead of night, she was unleashing a future paratrooper who would one day fight in the rugged mountains of Afghanistan, 7,000 miles away."

Giunta, a paratrooper and rifle team leader with Company B, 2d Airborne Battalion, 503d Infantry Regiment of the 173rd Airborne Brigade, saved at least two pals during combat Oct. 25, 2007, in the Korengal Valley of Afghanistan.

An insurgent ambush split Giunta's squad, and he went into the open to pull one comrade to safety and then fought to free a dying pal who was being dragged away by Taliban fighters.

Seven heroes who served in Iraq and Afghanistan have received the Medal of Honor posthumously.

After the ceremony, an emotional Giunta told reporters he would gladly give his hard-earned medal back if it would bring his two fallen comrades back to life. 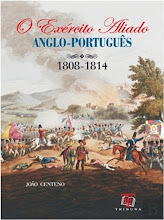 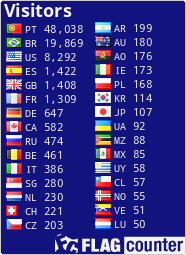